Below are some interesting facts from a sales letter promoting Silver. Yes, this is sales letter copy but the JP Morgan facts are true. How long can the artificial pricing of the COMEX mask the real market forces. (If you want to discuss how to accumulate massive amounts of gold through a unconventional investment – give us a call)

Right now there is very exciting news in the silver market. The largest investment bank in the country today is JPMorgan Chase & Co. In 2012, they held 5 million ounces of silver in their corporate account. However, recent reports have revealed that JPMorgan Chase now holds a staggering 55 million ounces of silver! That’s an increase of over tenfold in just 3 years. This April, alone, JPMorgan Chase purchased 8 million ounces. That’s a lot of silver for anyone to buy—even an investment giant like JPMorgan Chase. What could they possibly know about silver that we don’t?
Let me tell you what JPMorgan Chase’s CEO, Jamie Dimon, said in a letter to his shareholders, “Some things never change – there ’WILL BE’ another crisis, and its ’IMPACT’ will be felt throughout financial markets.”

So here we are. The CEO of the country’s largest bank is telling his shareholders – THERE WILL BE another crisis – and to protect shareholder value, they are buying silver by the hundreds of tons.

The last time you could purchase silver below its production costs was 2002. Guess who famously bought 30% of the world’s above ground silver supply back then?

So, JPMorgan Chase & Warren Buffett, two of the most successful investors on the planet, both stocked up on silver at a price below production cost. Buffett bought right before a crisis happened. JP Morgan is buying right before what they think will be another financial crisis.

Stocks are at record highs. Debt is soaring. Uncertainty in the world is at historic levels. Silver is on sale right now and JPMorgan Chase knows it—just like Warren Buffett knew it in 2002. Now that you know it, will you let this opportunity pass you by? 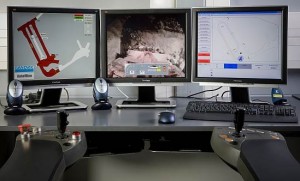 A recent survey shows that mining executives feel more automation is necessary. This is a natural trend for technology now see as the use of driverless trucks at large mines. We are bringing proven ROV technology from the Oil and Gas industry to subsea mining. See the technology here. 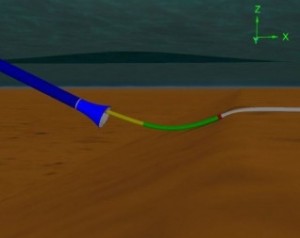 UK company Centric Renewable Energy spends money on front end study to reduce risk of future cable failure. US companies will eventually follow suit once projects get under way on the eastern seaboard. 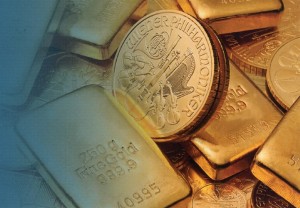 These 4 smart men have me running from the overpriced stock market and looking for opportunities to put my money to work to acquire gold.

“Corporate insiders are dumping shares at a pace not seen since 2000.” Graham Summers, Analyst

“Without constant and ongoing life-support, the economy is down for the count. And eternal life-support is not an option, even Keynesian economists understand that.” Raul Meijer, Editor

“All the major economies are saturated with debt. Accordingly, central bank balance sheet expansion has lost its Keynesian magic entirely.  Now the great sea of freshly minted liquidity simply fuels the carry trade as gamblers everywhere load up with any asset that generates a yield or short-run capital gain, and fund these bloated positions with cheap options and repo style finance.”  David Stockman, Economist

“Since early 2013, the U.S. stock markets have done nothing but rally, thanks to the Fed’s oft-implied backstop.  This incredibly unnatural behavior has left sentiment dangerously unbalanced, with hyper-complacency and euphoria running rampant. Only a major selloff can restore normal psychology. And with the Fed’s third quantitative-easing campaign ending, odds are high such a big downside event looms.”  Adam Hamilton, Editor

These quotes are from the ‘We Couldn’t Have Said It Better’ page at Investment Rarities Incorporated. If you just want to buy gold, these guys are great. If you want to buy gold with 3x leverage with additional exposure to the upside, Twisted Pick Mining is your move. Now is the time to reduce exposure to the general market and shift it over to mining technology with returns in cash or physical gold.

IBC Energy and Informa Business is holding a very specialized conference on subsea mining this week. The conference is taking place from Thursday 6 – Friday 7 November at the Meridien Piccadilly, London. Some general information is available at www.ibcenergy.com/mining.

I have attended IBC Energy events in the past. They have been well put together with a small but targeted group of industry decision makers. 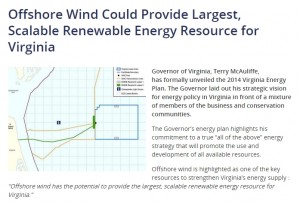 Each state wants to be the first to establish it’s infrastructure to support offshore wind farms. Virginia, much like Maryland, is pushing the renewable energy mix and offshore wind shows to be the most scalable. The state or states who successfully get out in front will gain a strong foothold and secure jobs and project revenue as a hub for offshore work – even in the other states.

This is a newer system with a modular cutting/jetting capability that can be changed over at sea.

People often ask about jet trenching and how it works. The best way to describe it is with computer animation. Though this is not actual video, it gives a general understanding of the process. 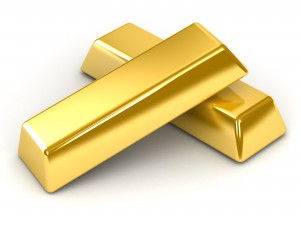 I may not be able to explain all the nuances of QE to a class of college students but when I read article after article – written by very smart people – about quantitative easing (QE) in the US and around the world, I get a little uneasy. It seems to me, the solid evidence points to inflation, a race to devalue currencies and higher gold prices in the future.

There is plenty to read online so we have highlighted a few good articles for our potential investors. One comprehensive article is included here. Check it out and draw your own conclusion.

We offer a 3x return paid in CASH or Gold. What would you rather hold?